In this small interactive space,we provide a sense of the world of Dr. Nakamura Tetsu.
We sought to represent that world in a form reminiscent of Japan’s traditional paintings on folding screens, and endeavored to capture the breadth, depth, and extent of that world by enveloping and suspending it in folding screen “paintings.”
This small interactive space is composed of interfacing video, audio, and print elements based on the following concepts. 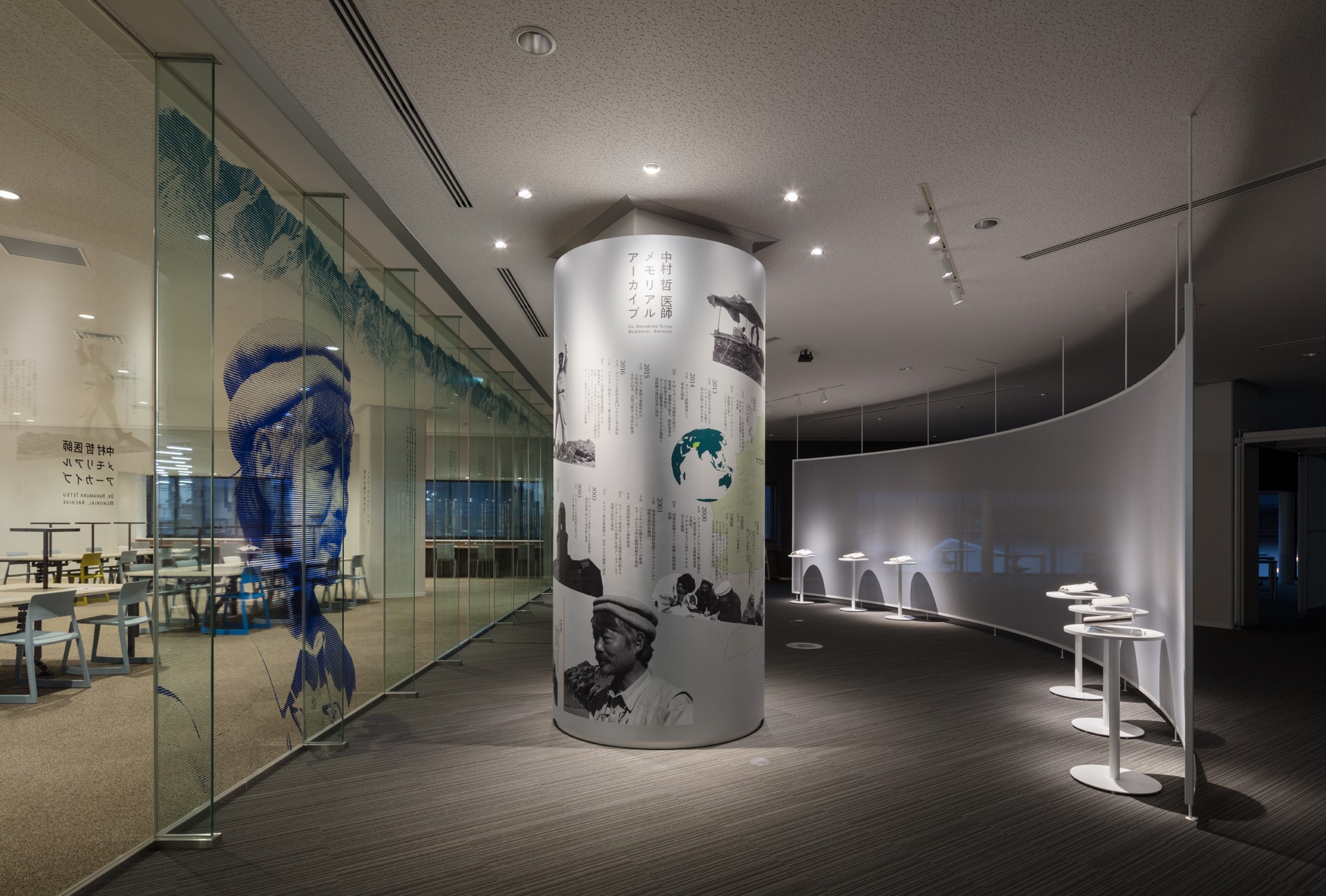 1. Messages in the first person
Dr. Nakamura Tetsu’s own words and views

2. A touchpoint for expansion
The first contact point with the world that evokes sympathy and extending it to the world 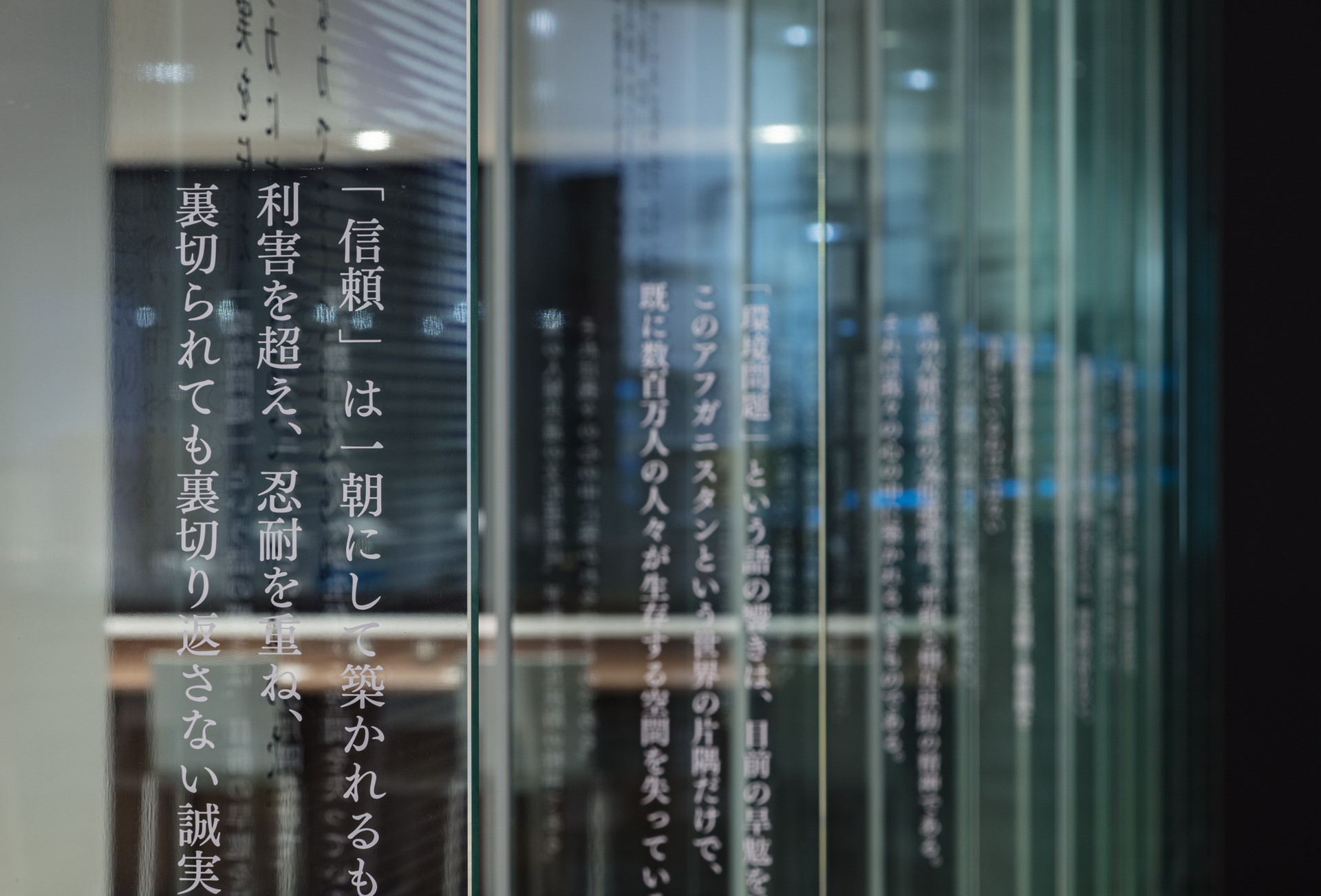 The glass screens feature Afghanistan’s mountains, while the curved message screens inspired by folding screen paintings present Dr. Nakamura’s own words.
The purpose of this memorial archive is not only to showcase Dr. Nakamura Tetsu’s achievements. It is intended to serve as a connecting space to that world, bringing to our awareness things that we cannot usually see or fully comprehend— a borderless world for us to wander as we choose, to explore and discover things first hand, and work with others to create a new world.
We hope that this small interactive space will become an asset in the futures of all our students.

Words Chosen by the Students

The glass screens in the exhibition space feature excerpts from Dr. Nakamura’s books chosen by Kyushu University students for their resonance, as though Dr. Nakamura were speaking to each of us individually.
The quotations were selected by a panel of five volunteers from different schools and faculties, ranging from a first-year undergraduate to a third-year doctoral student. Together they formed a book club to read and discuss Dr. Nakamura’s works. In those books, the students found many words that resonated with them as guidelines for the future. 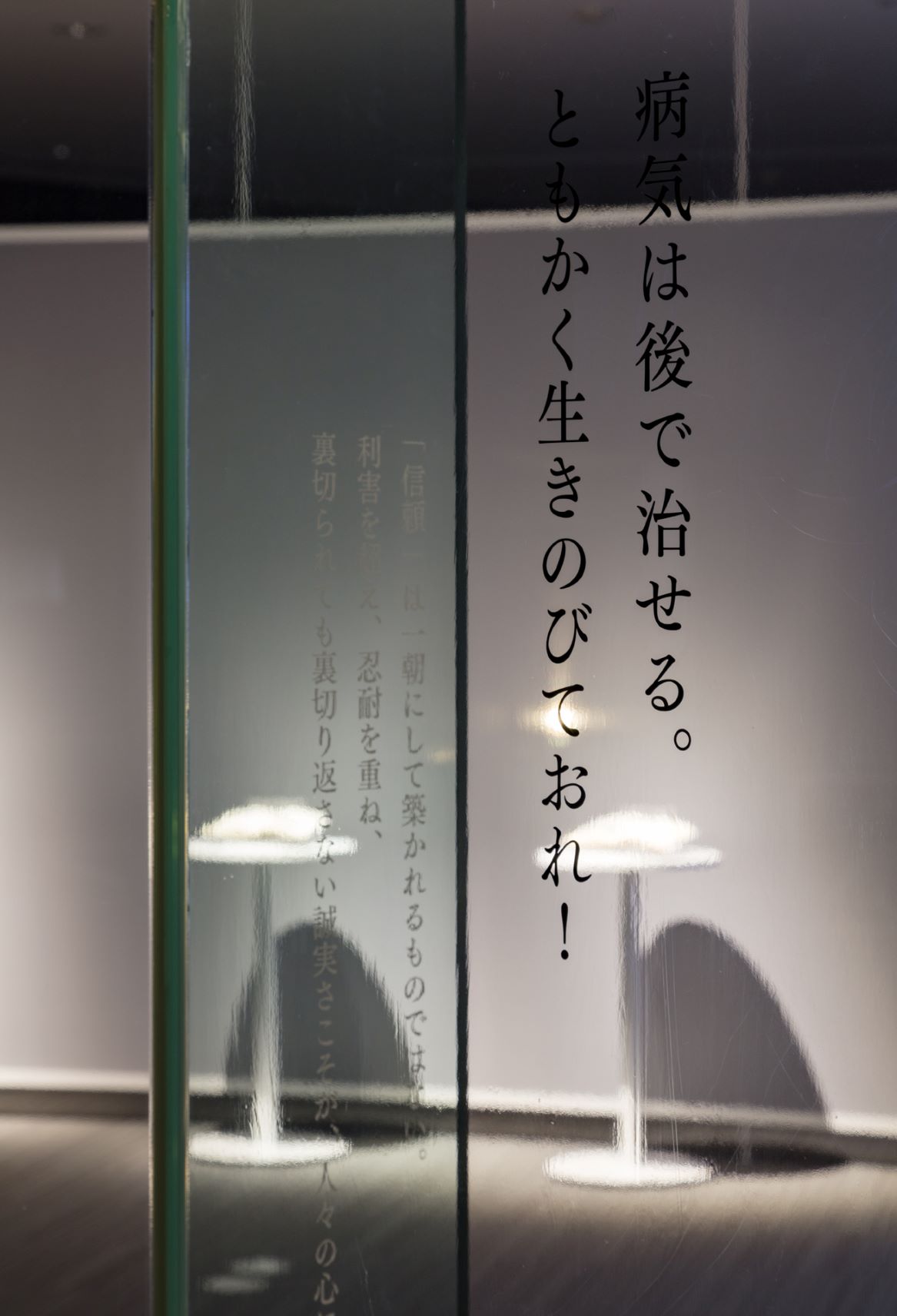 Diseases can be cured later. First you need to survive!

We learned that most deaths among the people of Afghanistan were due to a more fundamental problem than the inaccessibility of medical care: the lack of clean drinking water. It made us feel grateful for our generally comfortable lives, while bringing us to the realization that we must not turn a blind eye to the plight of the many people around the world who are struggling to survive amid harsh living conditions, just like those in Afghanistan.（Urara Hosotani, Kyushu University School of Medicine）

My intention in reporting the reality I am witnessing is to transform people’s desire for peace from a mere idea into a powerful force. A battle of ideas is a futile one. Peace must be a more aggressive force than war.

In times of crisis, abstract theories lose their power and a tumultuous crowd injures the most vulnerable people. Restoring peace is an activity that can put one’s life in danger. What motivated Dr. Nakamura and his team to undertake relief work when the air strikes on Afghanistan began was a natural impulse that transcended logic. His strength is inconceivable to me, but I have the feeling that what he is teaching us is that we have the ability to bring more power to bear to protect others.（Ryo Takahama, Kyushu University Graduate School of Bioresource and Bioenvironmental Sciences） 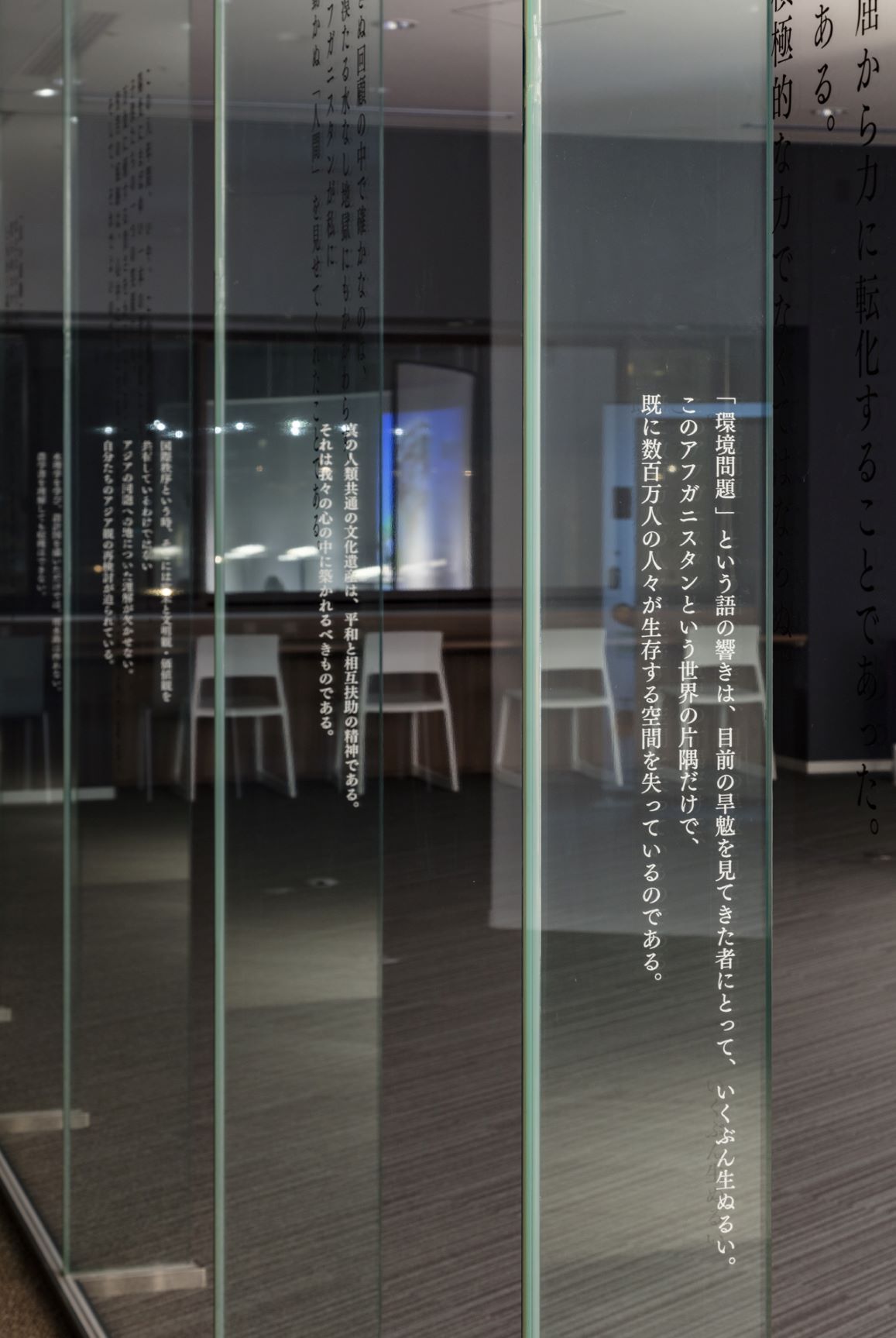 Anyone who had been through the struggles of the last eight years—the last few months, even—would realize that a single ear of wheat resplendent in the sunshine or the smile of a single child is more precious than all the gold in the world. The traces of those struggles linger on unseen only as the warmth in people’s hearts. And that is as it should be.

I want to learn from the example of Dr. Nakamura’s humility, which shows us that when you have achieved something, there is always someone who knows about your efforts up to that point, so you do not need to leave a visible reminder of your struggles. I realized that if you have a warm heart, you can look at something as small as an ear of wheat and see the value in it.（Urara Hosotani, Kyushu University School of Medicine）

Stop using phrases like “it was a good experience.” The work is not there to make you feel self-satisfied, adventurous, or exotic. Your efforts have to bear fruits.

To me, these words more than any other reflect Dr. Nakamura’s dedication to the people of Afghanistan. I feel they have profound significance as one of the reasons why he was able to gain their trust. I am studying at the School of Interdisciplinary Science and Innovation and want to be involved in humanitarian aid in the future. I have a tendency to lose sight of my goals, but I think these words will give me the prod I need to get back on track when that happens.（Ibuki Okamoto, Kyushu University School of Interdisciplinary Science and Innovation）

What stands out above all else in my inexhaustible store of memories is that, despite being a daunting waterless hellscape, Afghanistan showed me people who were absolutely resolute.

Whereas the people of Afghanistan are resolute, we have lost our connection with the land. In other words, although our civilization has undergone development, we have forgotten how to engage with nature. However, that was not our original way of life as humans, so I want to keep in mind the kind of people whom Dr. Nakamura witnessed tirelessly engaging with nature.（Chie Kawafuji, Kyushu University Graduate School of Integrated Frontier Sciences）

There is no clear binary division between justice and injustice. If there is anything that one could call an immutable moral law, it is that we should help the weak and respect life.

Dr. Nakamura not only provided medical care, but also engaged in a variety of other activities, guided by his belief that helping as many of the people he encountered as possible, regardless of who was right, was a moral imperative. I believe these words will teach me to become as dedicated, kind, and selfless as Dr. Nakamura.（Daichi Muraguchi, Kyushu University School of Medicine）

About the videos featured at the exhibition

“Human beings are worth loving. Their sincerity is worth trusting”

Dr. Nakamura’s involvement with the region began when he joined a medical team accompanying an expedition to climb Tirich Mir, the highest mountain in the Hindu Kush range. The team devoted its energies to enhancing the medical system, providing a traveling clinic in the border region where medical care was hard to come by, and setting up permanent clinics to build a base hospital with funds raised by the Peshawar-kai.

“More than one hundred clinics, they need one irrigation canal”

However, to restore normal life to this ravaged area medical care alone was not enough. Dr. Nakamura took up the challenge of reinstating wells and, in a move described by some as foolhardy, building irrigation canals. Having transformed parched wasteland into verdant, bountiful earth, the irrigation canals built by Dr. Nakamura now support the lives of 650,000 people. Still benefiting people today, Dr. Nakamura’s achievements are presented through the medium of video footage recorded on the ground by Nihon Denpa News over many years, interwoven with Dr. Nakamura’s own words. 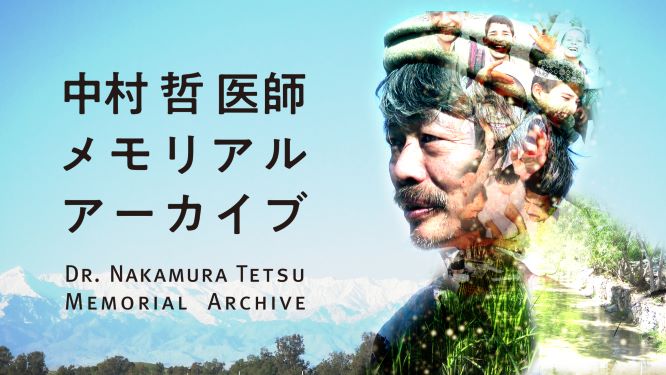 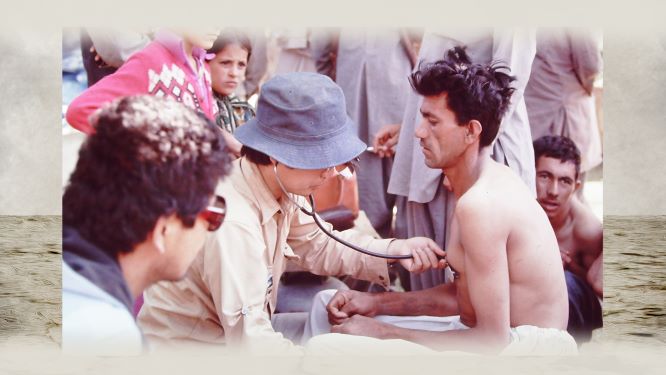 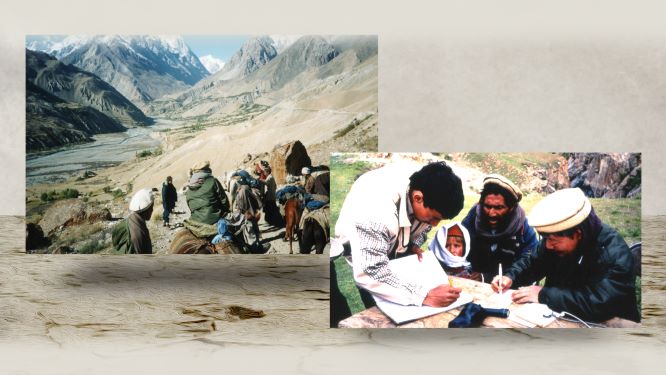 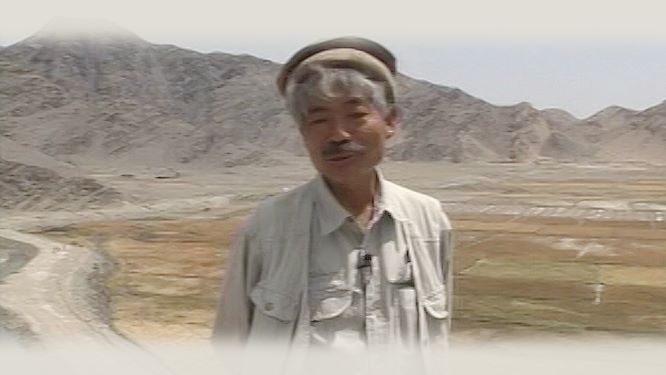 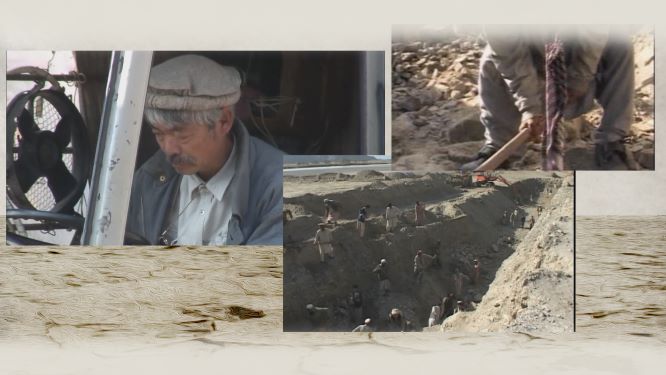 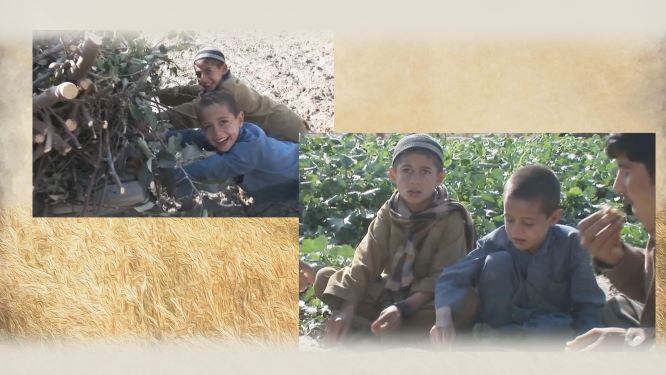 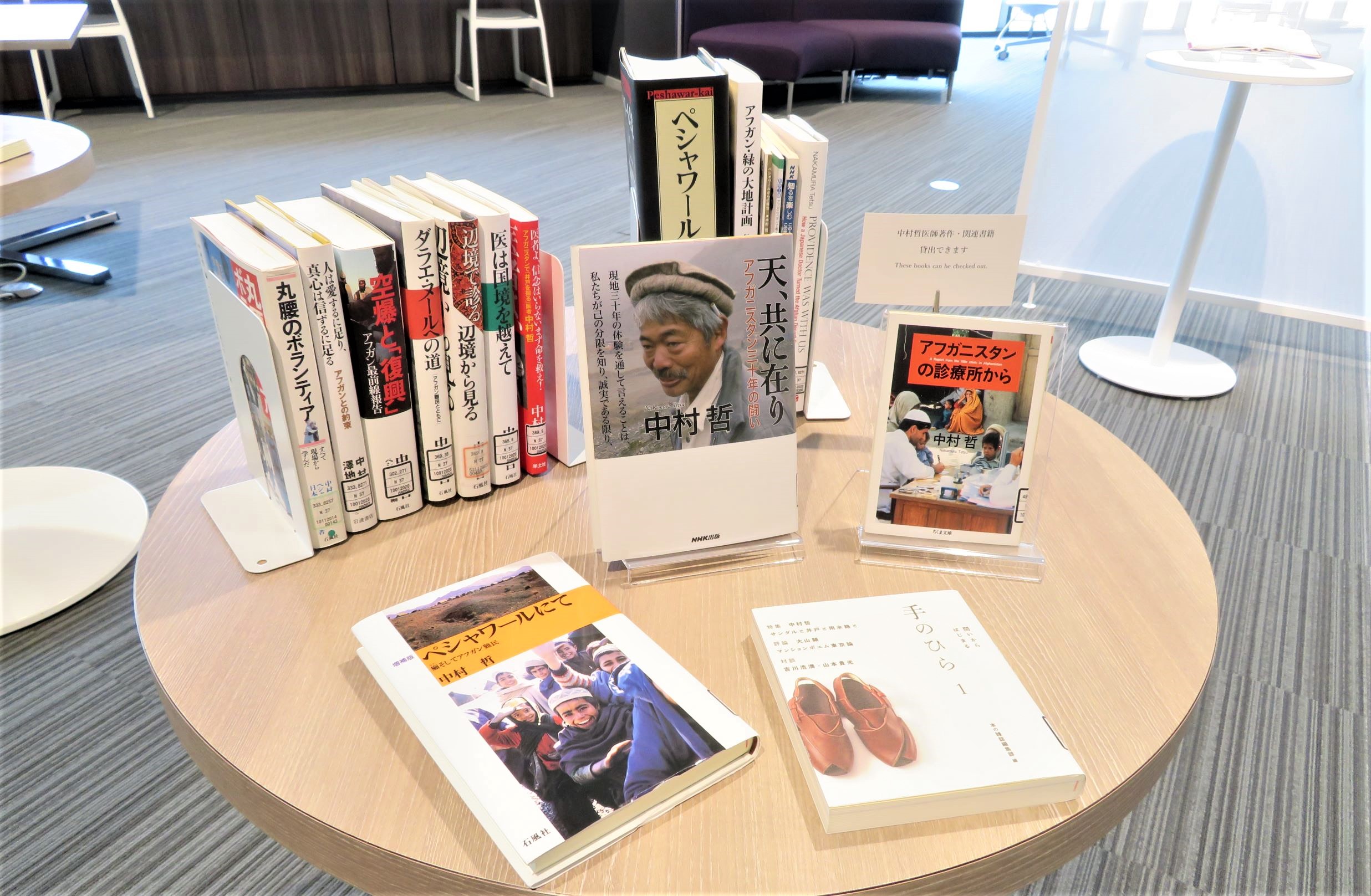 The exhibition space displays Dr. Nakamura's writings and related books.
They are also available for loan. (Except for prohibited materials)

"Dr. Nakamura Tetsu Memorial Archive Opening Event (in Japanese)" was held on March 21, 2021 and is available on YouTube.