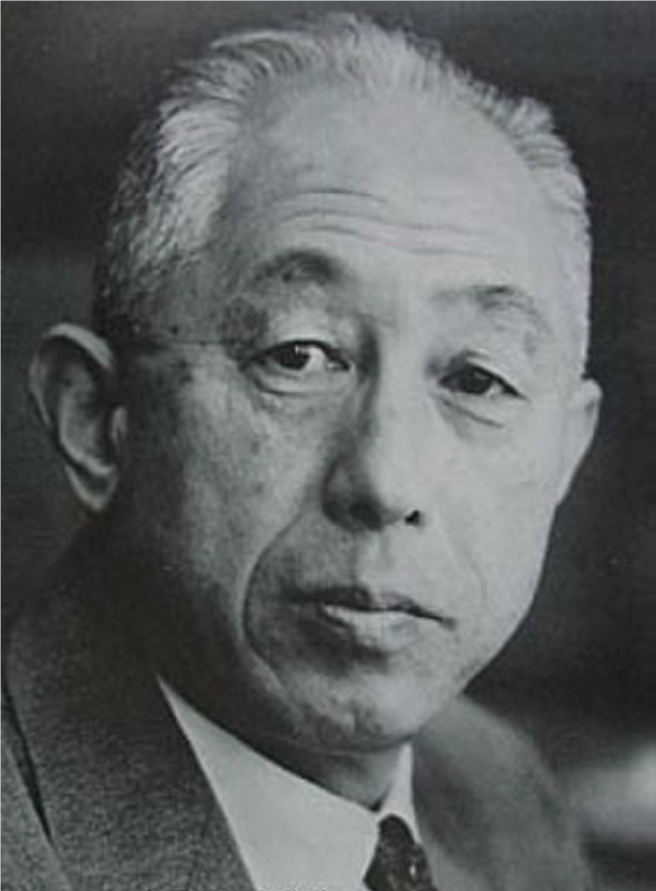 Uchida Keitaro (1896-1982) was the first professor of the second course in the Faculty of Agriculture’s Department of Fisheries Science, Kyushu Imperial University (what is now the Fisheries Biology Lab, Faculty of Agriculture). In that capacity, Professor Uchida undertook tireless research into the life cycle of fish and became a global leader in the study of juvenile fish.

Professor Uchida continued his research into fish life cycles even after retiring and became known to many by the affectionate nickname “Dr. Fish.” The books he authored include “Illustrated Fishes of Japan (1935)” and “A Seeker after Juvenile Fishes (1964).” He was deeply interested in the subject of literature and poetry. After he deceased, his wife published the collection of his poems as "flowing algae (1983)."

From “The Fishes of Tyōsen (1939)” which is one of Professor Uchida’s greatest achievements, the following highlights a few of the freshwater fish species among their number.
[Cooperated with the identification: Nakajima, Jun(Fukuoka Institute of Health and Environmental Sciences)]

The name of this species is derived from the fact that it was first found in the South Korean city of Suwon (pronounced Suigen in Japanese). The females deposit their eggs inside Unio douglasiae and other bivalves, where the juveniles remain as they grow, until they can swim. The specimen jar contains a bivalve and an adult fish. The same scientific name was also once given to a population living in western Honshu, but that is now regarded as a different species.

This is a large, impressive-looking loach found in habitats with running water. At the time, it had the scientific name Cobitis rotundicaudata and was regarded as belonging to the genus Cobitis, whose habitat extends from Europe to Japan. It was transferred to the genus Koreocobitis after the new genus for loaches endemic to the Korean Peninsula was established in 1997. In 2000, those found in the Nakdong River and Han River were differentiated through a new species description under the name K. naktongensis (Kim, Park & Nalbant, 2000).

This is a young specimen of this catfish, which is found on the Korean Peninsula. It inhabits lakes and slow-flowing rivers. At the time, its scientific name was Parasilurus asotus, but the scientific name given in the title is usually used today. While it is the same species as the population found in Japan, other freshwater fish populations in Japan and on the continent that have conventionally been regarded as the same species are increasingly being identified as different species as a result of genetic research. As such, there is likely to be scope for further consideration of this species.

This is a species of freshwater fish in the Cyprinidae family that lives in clean running water. Although it is very similar to the Japanese Pseudogobio esocinus, it is longer and thinner, and somewhat resembles a lizard. This is a young specimen. At the time, it was identified as Saurogobio brevicaudus. A diverse array of fishes in the Gobioninae subfamily inhabit the Korean Peninsula, including Microphysogobio, Gobiobotia, and Abbottina.

Professor Uchida's drawings of fishes are extremely precise and include detailed information on morphology and ecology, as well as points of differentiation from other species. These drawings are not only a model for ichthyologists, but are also used in high school textbooks and other publications to this day.
The Kyushu University Museum houses about 300 original drawings of fishes published and unpublished by Professor Uchida in his books and papers, and the database is being prepared for release.

Professor Uchida's drawings can be found in articles in the "Science bulletin of the Faculty of Agriculture, Kyushu University" which are available in full at Kyushu University Institutional Repository.

The widow of Professor Emeritus Uchida Keitaro donated his collection of approximately 2,500 books to the Kyushu University Library. Spanning a wide range of topics in the field of biological science, they include precious books on the subject of ichthyology and fisheries science that the professor gathered over many years. Also among the collection are works on the subject of literature and poetry, in which the professor developed a profound interest, demonstrating the breadth of his education.