Kubo Inokichi: The World-Famous Ino Kubo and His Literary Salon 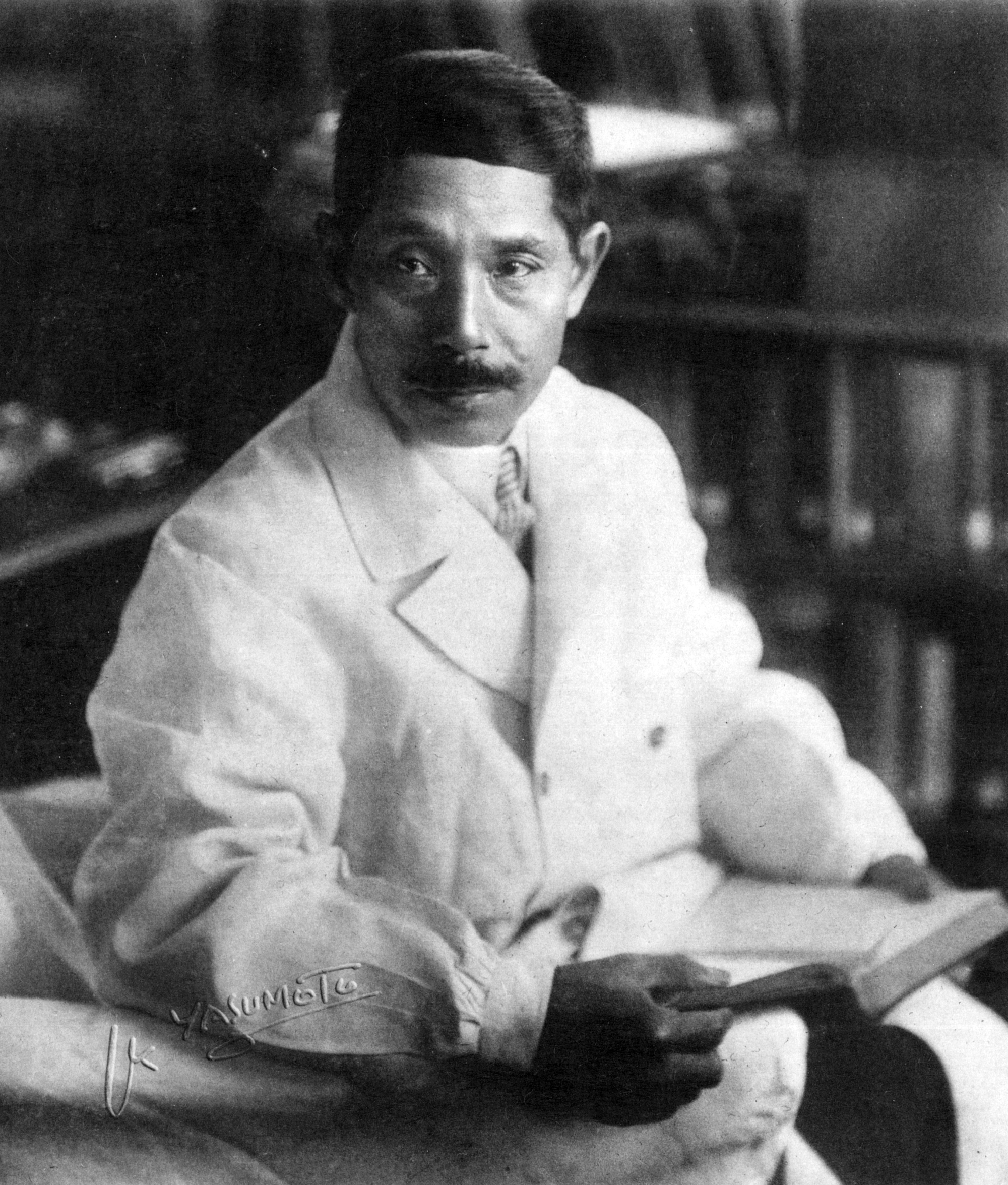 Kubo Inokichi (1874-1939) graduated from the Medical School of Tokyo Imperial University in 1900 and, after studying in Germany, was appointed in 1907 as the first professor of otorhinolaryngology at Fukuoka Medical College of Kyoto Imperial University—the forerunner of Kyushu Imperial University—where he devoted himself to teaching as a full-time professor. Professor Kubo is well-known as the first doctor who removed foreign body with bronchoscope in Japan. Many international researchers such as Dr. Alberto (Philippines) and Dr. W. Kreidewolf (Germany) joined to learn from "Ino Kubo" of Kyudai, so that his laboratory was full of global atmosphere.

Aside from meeting the demands of his work as a physician, Professor Kubo demonstrated considerable talent in the field of literature and, along with his wife Yorie, left a substantial collection of tanka and haiku poems. The poet Yanagihara Byakuren and many other literary figures used to gather at their home, which became the center of the Fukuoka salon scene. In 1913, he launched Fukuoka’s first literary magazine, Enigma, in which the later Kyushu Bundan (Kyushu Literary World) magazine had its origins. In addition, Professor Kubo was an eminent researcher in the fields of butterflies and alpine plants.

A noted book collector, Professor Kubo supplied valuable books from his collection for the first exhibition at Fukuoka Prefectural Library, which opened in 1918. The exhibits also included precious books from the collection of Yanaghihara Byakuren and from those of professors and departments at other medical colleges. His book collection was broken up after being put up for sale in Tokyo following his death, but a portion of it was purchased by the Urology Department (headed by Professor Takagi Shigeru), while others were bought by a medical historian Iwakuma Toru (whose Kyonin Hospital Collection was donated to the anatomy department after his death) and other admirers of Professor Kubo. As a result, some of Professor Kubo’s scholarly collection remains at Kyushu University today.

In 1928, the first International Academy of Otorhinolaryngology was held in Kopenhagen and professor Kubo gave two presentations.He received an honor to be seated at the center in the front line at the board meeting and the banquet. That indicates he was the only oriental as an authority.

The University Library’s Medical Library has a collection of old Japanese and Chinese medical books that formerly belonged to the School of Medicine’s first professor of otorhinolaryngology, Kubo Inokichi (1874-1939), which were gathered from various booksellers by Takagi Shigeru, the School of Medicine’s first professor of urology.
"Daidou ishiki" is a list of practical regulations of "Daidou Ruijuhou" (the Japan's oldest medical book written in the 9th century and compiled prescriptions during the reign of Heijo Emperor.)

Built to commemorate the 20th anniversary of the otorhinolaryngology department founded by Professor Kubo in 1907, the Inokichi Kubo Memorial Museum opened in 1927 as Japan’s first museum dedicated to medical history. It has in its collection a large number of books, papers, specimens, machines, and medical instruments from the field of otorhinolaryngology.

Enigma was a journal for a literary coterie, edited and published primarily by Professor Kubo and other lecturers and students from the School of Medicine at Kyushu Imperial University. It is considered to be the starting point for the history of modern literature in Fukuoka. About 20 editions were published between 1913 and 1915, but hardly any copies remain in existence today, leading to its being dubbed “the phantom magazine.” Kyushu University has one copy in the Nakayama Collection (Professor Nakayama Heijiro is said to have been one of the contributors) and two copies in the Higaki Collection.